Introduction to an International Evaluation 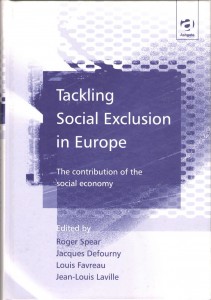 This book is the result of an international study by leading economists and sociologists from across Europe and North America. The response of the new social economy (primarily voluntary and co-operative sectors) to social exclusion and employability in the context of crises of unemployment and the welfare state is of wide international concern. This book looks specifically at the growth of enterprises and initiatives whose primary aim is the integration of unemployed and disadvantaged people into work. A common framework has been used in each of the country studies, thus allowing an interesting international comparative perspective to be developed. There is considerable interest in how the third sector is changing internationally in response to rapidly changing work and welfare systems. By distilling international experience this book makes an important contribution to debates about new ways of addressing the central issues of unemployment and social exclusion of disadvantaged people in society.

Read the PDF of Introduction.